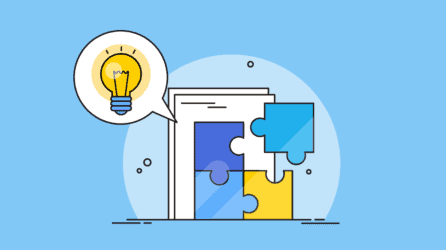 These days “Knowledge Management” is a much bandied about term with many esoteric explanations, which in general boil down to some variation of the following:

Your staff knows stuff and you don’t want to waste time and resources rediscovering what they already know, nor do you want to lose their knowledge when they leave. This means you need a way to “know what you (as an organization) know” and you need a way to put your fingers on what you need when you need it.

Projects attempting to accomplish this are usually big, expensive and often fail to meet expectations. Why? Because the objective is vague.

Nevertheless “successes” are constantly cited. For example, one survey (June, 2003), suggested that users locating documents by searching the e-mail system, as the documents were usually e-mailed to someone, was knowledge “management”. So in reality staff were using the e-mail system as a “filing system” to find their own documents because it was faster than rummaging through directories on a server! And worse, this was even touted as “successful” knowledge “management”!

When we set out to design MasterFile we began with a clean slate starting with the following premise:

Knowledge is the necessary prerequisite for sound decision making.

“Knowledge management” (KM) solutions should facilitate sound decisions. Therefore, if knowledge was being “managed” properly it would be reflected by your organization making sound decisions for key issues, regularly; for us that was the ultimate measure — not productivity.

When a new case starts, you are provided the case documents — the raw data. From these, relevant information is identified and extracted as key evidence — the raw facts. In addition research may uncover authorities or precedents that are relevant — more raw facts. However relevant bits of information or raw facts are not, by themselves, knowledge because you can not directly make a decision from them — they need to be studied, understood and then relationships set out and explained in argument.

For the litigator, “knowledge management” now had a clear, well defined, and practical objective: it should facilitate setting out and substantiating the argument. So when we designed MasterFile we started with the argument, worked backwards, and uncovered two fundamental needs:

Document management (DM) and litigation support systems are often characterized as “knowledge management” systems. However, a DM system’s primary function is simply to organize your work product documents so they aren’t scattered haphazardly across workstations and servers. You find those by searching the DM index or database. DM systems manage documents (raw data) hence the name “document management system”. They do not manage evidentiary documents, let alone manage, or otherwise work with, extracts of key information contained within your documents.

Litigation support document repositories do just the opposite. They stress they’ll give you “command over the evidence” or help you “manage the information” and with this you’ll be in a position to “win cases”. They let you flag specific evidence as “a hot ‘fact’ “, only to be lost or forgotten in the haphazard haystack of other “hot facts”, just as internet bookmarks loose their value as hundreds have been collected.

One product, CaseMap®, tries to bring order to the mountain of “hot facts” by letting you categorize them with a “fact spreadsheet”. Although categorizing facts by relevance, whether or not a fact is disputed, a fact’s impact on your position, etc., can help manage them, after several dozen facts have been collected, the relevance and relationships between them is lost, even if they are tagged by issue.

Have these systems captured the case knowledge necessary to allow a sound decision, or are they simply organizing documents (raw data) or bits of information (raw facts)?

Try this test and decide: Suppose you fall ill and have to hand your case or investigation off to your colleagues. What knowledge would they need to represent your client competently and allow the judge to make a sound decision? Would a collection of documents from a DMS be sufficient? Would just a collection of hundreds of “hot facts” from a litigation support system be sufficient? What about a “spreadsheet” of hundreds of discrete facts?

What your colleagues really need is your argument. Because that’s where you’ve captured your thoughts and knowledge about your case, and where you’ve related one fact to another tying them into a coherent picture which sets out your position, and which can be imparted to others. Specifically, what they need is:

Exactly what MasterFile was designed for from the start.

See how MasterFile can help your firm.