How to request, review and produce text, iPhone, Android and social media messages. 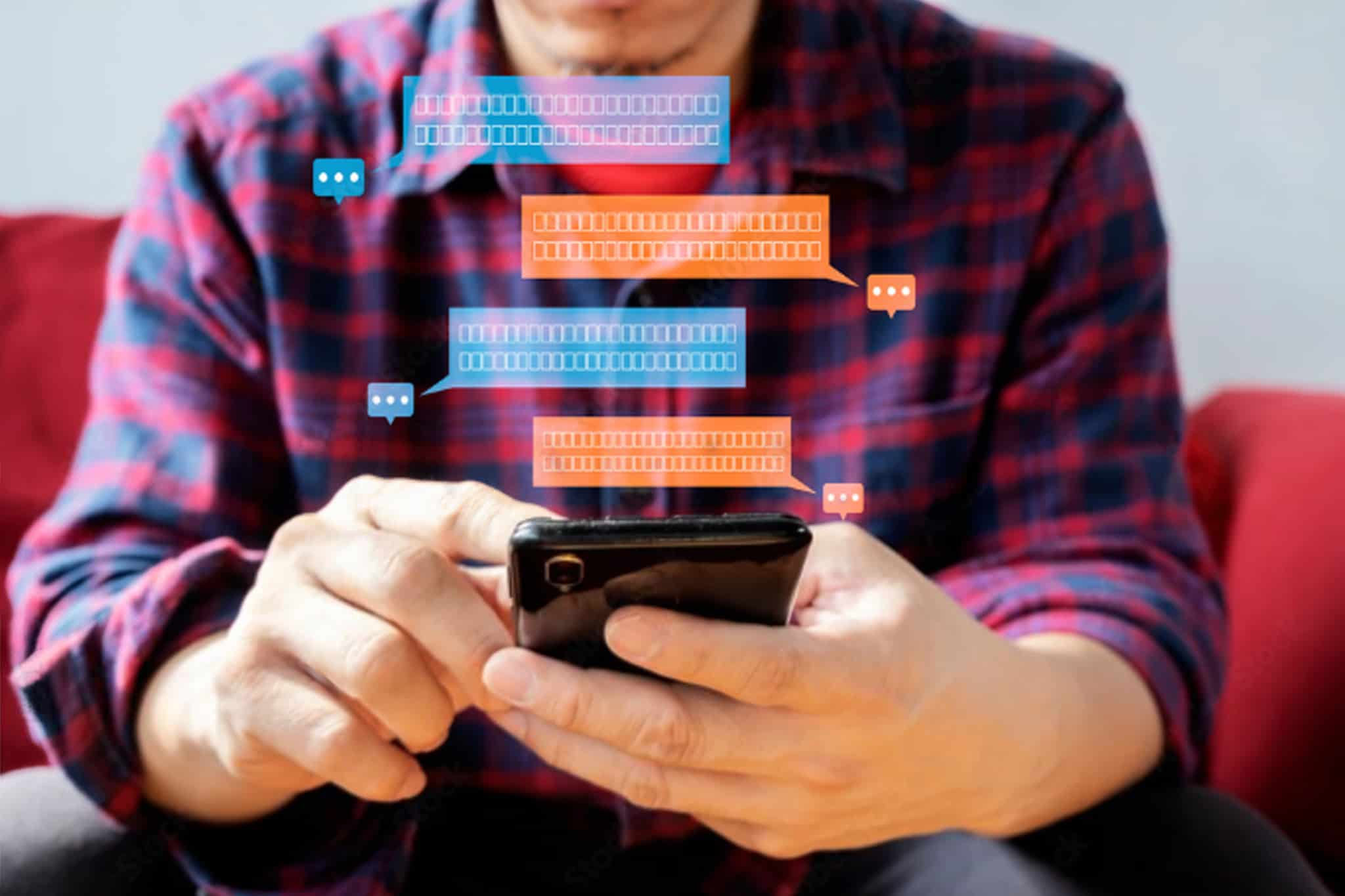 Lawyers may think that considering text messages (or WhatsApp and similar messaging systems) in the discovery process is ho-hum. Nothing special here. And that would probably be true. Courts have been requiring text message preservation and production as standard fare for the last several years. In family law and personal injury law, text messaging (and of course, social media postings) have long been ripe for all kinds of relevant evidence — infidelity, harassment, fraud and what have you.

What is new, is that in business dealings, what was the occasional is the now the new normal: besides “formal” discourse via email, it is often in the parallel, extemporaneous trail of text messages where “real” negotiations happen. As we all know, text messages are ubiquitous and candid, less formal than email, shorter, quicker and more likely to draw a response — quickly — and therefore, for better or for worse, less guarded! Moreover, under Federal Rule of Civil Procedure 34, “electronically stored information” (ESI) is discoverable if it is “stored in any medium” from which it can be obtained “either directly or, if necessary, after translation … into a reasonably usable form.”  So, when it comes to litigation and investigations, since text messages being ESI are subject to discovery by opposing parties and as it’s rare a case does not embody the thought, mood, and actions of all the players involved, in almost all instances, text messages — both your own client’s and the opposing party’s — should be top of mind, just like emails.

Before we touch on strategies for obtaining and producing text messages, a practice that’s becoming more mainstream in the civil discovery landscape every year, let’s first pry them open and see what makes them tick, and then look at some simple tools to export text messages from iPhone and Android smartphones. Lastly, we’ll take a quick look at some practical considerations and text message review.

Text Messages – what they are and how they work.

iMessage, Facebook Messenger, WhatsApp, Viber, Slack, Twitter direct message, and SnapChat — internet based messaging — have overtaken the classic plain SMS message and for good reason: modern messages in these applications are not limited to the short length and are media-rich, typically including audio/video, images, links to websites, etc. Each multimedia message app has its own format that is constantly evolving which means there’s no standard formatting between any non-SMS messages.

How to export or save text messages

Although iPhone users can save an entire text message conversation using a (somewhat convoluted) six-step process, it’s unlikely original messages extracted in this manner will ultimately be defensible: the possibility of tampering exists and will quite likely bring up objections; moreover, the process is quite time-consuming and does not export deleted text messages.

There’s an app for just about anything these days, and so it’s no surprise to find specialized software for exporting text messages from smartphones. Decipher Tools and Droid Transfer specialize in saving both iPhone and Android messaging as well as WhatsApp and other chat applications conversations. Although the actual output format differs from app to app, that will not really matter too much since the discovering party will either manually read the file or use discovery software (like the all-in-one discovery and case analysis solution MasterFile, naturally! :)) to search and mark key facts and events from the text stream. Some of these applications can’t help you with deleted text messages but many such as Decipher Tools maintain their own message history on a PC or Mac, reducing the risk of spoliation.

Exporting selected conversations with any of these third party apps is simplicity in itself (select the conversation(s) and choose, export format and save or email) and far more defensible in a court of law.

Decipher Tools or its competitor Droid Transfer is a one-time purchase of around $30. Decipher Chat for WhatsApp is $20. Other more basic tools from the Google Play Store like SMS Backup Print & Restore cost less than $10.

Getting your clients to hand over their phone to a technical expert seems like overkill but is becoming more mainstream every year. Without doubt, it’s the most defensible way to produce text messaging ESI for discovery, making it the preferred route despite the added hurdles and costs and of course, the reluctance of people to go without their mobile phone as no one these days is the slightest bit enthused to surrender their personal devices for a few days — even in the face of a court order!

When text collection requires data custodians’ personal cell phones to be handed over to a forensic expert or data extraction specialist, even for a few hours, you can be sure it will cause a sharp intake of breath (To whom? Why?) by those who jealously guard their privacy. Remote extraction does exist, but generally can not handle deleted texts (retrieving texts from iCloud via iTunes faces the same problem).

The problematic issue is that precise extraction limited to “relevant” texts is not possible — at least not yet. More or less everything on phones will be “extracted” — all the photos, regular websites visited and searched, all outgoing and incoming phone numbers called, etc. This tension between extraction technologies and smartphone makers trying to convince a skeptical public that their ‘new’ features safeguard user privacy is not going to abate anytime soon.

As texting becomes the norm in business, should a person’s entire personal smartphone life become available for lawyer to review and produce? The answer should be a qualified “no,” based on both technical practicalities and recent judicial decisions.

Lawyers can instruct, for example, that extraction vendors provide them only with texts between certain business parties or numbers. That potentially limits review to relevant exchanges avoiding matters of a purely personal or of a completely irrelevant nature. Of course, in fraud, misappropriation, insider trading, claims of foul play, etc., even if attorney review was initially limited, wider searches to additional cell phone numbers may be necessary, which gives rise to another problem: the extraction vendor will retain the full extraction (unless instructed otherwise). Therefore, once a matter is concluded, the extraction vendor should be instructed to destroy any retained copies of data collected, whether from a company’s email servers, a business-issued smartphone, or an individual’s personal cell phone. Inadvertent or willful public leaks, is another matter entirely …

Courts have emphasized searchability and sortability in determining whether a given production format is “reasonably usable” under the rules.  David A. Johnson & Alda, Inc. v. Italian Shoemakers, Inc., Case No. 3:17-cv-00740-FDW-DSC (W.D.N.C. Oct. 22, 2018) is one example. Emails were being produced in PDF rather than in native format with metadata, despite the applicable discovery order.  The court noted that the requirement in FRCP 34(b)(2)(E)(ii) to produce ESI “in a form or forms in which it is ordinarily maintained or in a reasonably usable form or forms” is satisfied “when the party provides documents that are searchable and/or sortable by metadata fields”.

In Laub v. Horbaczewski, 331 F.R.D. 516 (C.D. Cal. Apr. 22, 2019), several disputes arose related to the production of relevant text messages and “iNotes” from the defendant’s iPhone, including a dispute over their appropriate production format.  The Magistrate Judge concluded that searchability is central to reasonable usability under the rules: “Further, ‘if the responding party ordinarily maintains the information it is producing in a way that makes it searchable by electronic means, the information should not be produced in a form that removes or significantly degrades this feature’”. Other examples she cited had also directed parties to “produce any relevant text messages in native format or in another format agreed to by the moving party”, and to “produce these text messages in a form that shows the sender, recipient, time, and date the messages were sent, as required by the Federal Rules of Civil Procedure.”, while stating herself, a clear preference for producing in “aggregated” formats so that various individual messages could be seen in context with each other, preserving “the integrity of the threads of communication reflected in the text messages”.

So, how should I request or produce mobile device data?

Since the terrain is rocky and seems to be constantly shifting, in civil litigation at least, your best tack is towards cooperation and common sense. Clearly, litigants can opt for mobile device message production in various ways that all preserve searchability and sortability, as well as thread relationships; nevertheless, when deciding how to proceed, it’s worth keeping these four aspects in mind:

The issues around text messaging are not insurmountable; rather they’re simply new challenges law firms must cope with. The key will be their ability to stay alert to new developments and still competently discharge their responsibilities to their clients and the courts.

Apart from focusing on introducing key texts you have into evidence, these initial texts can be used to leverage deeper discovery into opposing party text messages. For example, failure to include text exchanges you already have in hand as part of initial disclosures could imply what’s missing is just the tip of the iceberg.

Absent some privilege or agreed limitation on the scope of discovery, cherry-picking is a no-no! So, if you’re being vigilant against foot-dragging, given that text messages are often where the juicy nuggets are hiding, and aren’t afraid to go to the court to compel disclosure (which you shouldn’t be) it’s critical too, that you have clean hands yourself in this department; assume that any discovery request will be served directly back at you.

It’s common practice to remind the opposing party of their legal obligation to preserve all potentially relevant information. Retention letter and formal document requests should specifically note a duty to preserve text strings and messaging data.

Since a majority of productions typically do not contain text messages, if you know their relevance from any text exchanges you have in hand that should have been produced but weren’t, then prompt review will alert you earlier to convert that leverage into perhaps a crucial advantage.

Will text message disclosure be helpful or detrimental?

A cost-benefit analysis of the benefit to text messaging discovery can be difficult, but a good rule of thumb is the more the evidence that comes to light in discovery, the better—especially if you have justice on your side.

Messaging has led to some new slants on the common discovery request and since text message discovery is still relatively new it is the litigant who must bear the onus of nailing down any meaningful discovery in this medium. Although the output format is not too critical, there are some new criteria to consider as we outlined above: how to request messages, how to collect and search for responsive messages, and how to produce them.

Once extracted, combing through text message data means simply reading the texts themselves. The caveat is that it might not be quite so simple: you could end up with mountains of ‘words’. But just as there are apps to help you collect text message data, eDiscovery and case analysis software tools like MasterFile can parse exported messages and let you get incredibly specific in your search, helping you pinpoint precisely what you’re looking for in a surprisingly short amount of time.

If you’re interested in seeing MasterFile in action for yourself, sign up for a free demo → today.

It’s Time – for the Death of Legalese