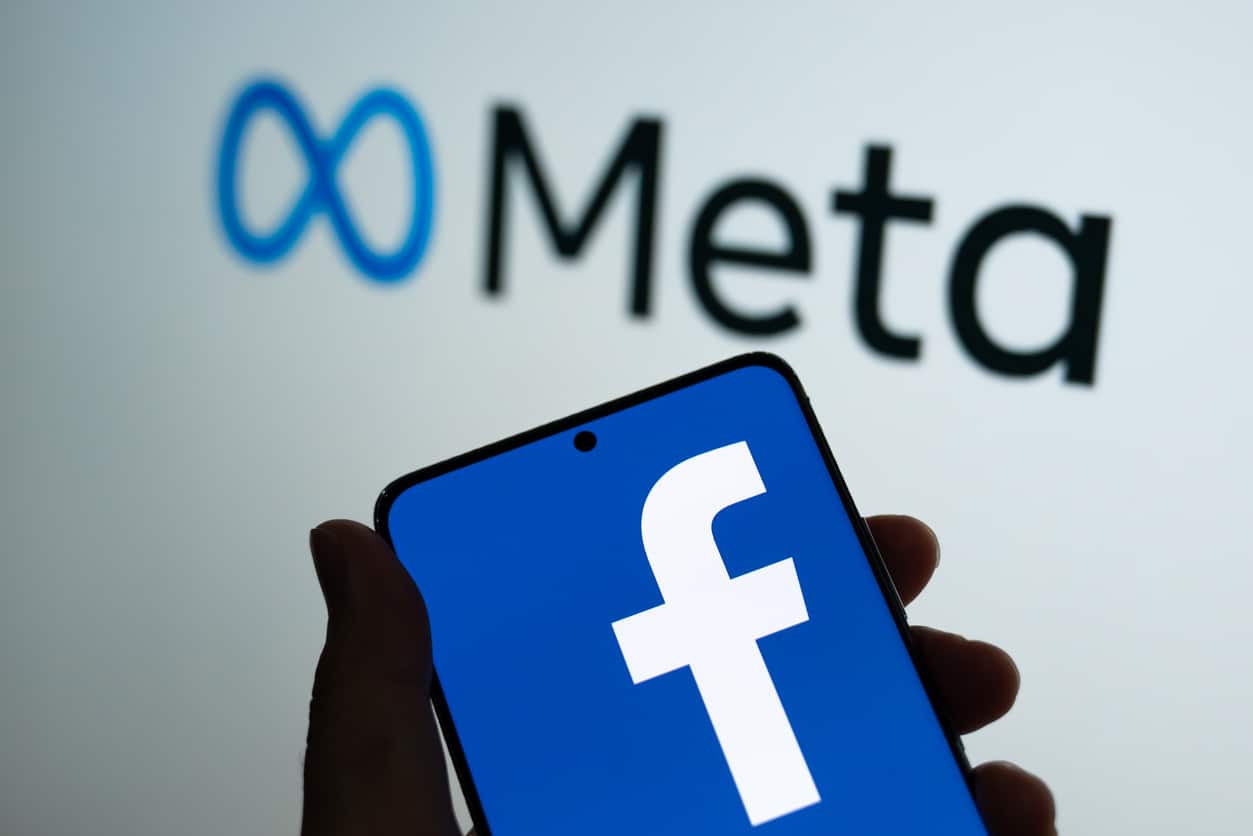 Facebook, Inc. (now, Meta), is no stranger to large-scale litigation. Both private and government parties have kept the company in the forefront of the news for seemingly the last decade. In its most recent defense, Facebook is facing derivative litigation from shareholders but there is an interesting spin. Multiple firms are competing to represent the shareholders, and the firms’ causes of action are different. Why are firms competing for this case – is it simple business competition, or is there something about shareholder suits that make this one particularly juicy?

What Are Derivative Suits?

Derivative suits are a unique development in the law. They are a mechanism for shareholders, who technically own the corporation, to sue the officers and directors on behalf of the corporation when the officers fail to uphold their duty to the corporation. This is counter-intuitive to how we understand the litigation system. Usually when a party sues another, they are looking for relief for themselves. The main takeaway from all of this is that the shareholders themselves are not usually getting rewarded in these suits, even if they win. If shareholders are alleging that the value of their shares decreased, shouldn’t they be looking for personal compensation? The reality is that in a shareholder suit, the only parties that really stand to benefit are the corporation and the attorneys involved. This is the root of the “substantial benefit rule.”

Matt Levine describes the phenomenon of shareholder derivative suits in his article, “Boards Have to Pay Attention” in Bloomberg. In his piece, he uses the example of a plane crash to outline the multiple theories that shareholders use to hold the company and/or its officers liable for failures by the corporation. First, he writes, imagine a devastating plane crash that causes the value of the manufacturer’s shares to decrease. The shareholders can either sue the company for securities fraud, alleging that the manufacturer claimed it made airplanes that do not crash, but then it made an airplane that did crash. Alternatively, the shareholders can bring a derivative suit against the officers or directors of the airplane manufacturer, alleging that they breached their duty of care to the corporation by allowing their airplane to crash. This may seem like a stretch, but this is how it works in reality, and these are the bases for the latest shareholder complaints against Facebook.

Before we look at the latest saga, lets take a quick recap of just a few of the many high-profile lawsuits in which Facebook has been implicated:

A Derivative Shareholder Suit for Lack of Diversity

Earlier last year, Facebook successfully defeated a derivative lawsuit from a shareholder who alleged that Facebook’s failure to hire a diverse team hurt the corporation’s stock prices. The California federal court granted Facebook’s motion to dismiss because the plaintiff failed to make a pre-suit demand, as required to bring a diversity suit. Second, the plaintiff failed to bring the suit according to the binding forum-selection clause requiring the suit to be brought in Delaware. Finally, the court stated that the plaintiff failed to state a claim because the complaint did not identify any false and misleading statements, which fell short of heightened legal pleading requirements for this type of claim.

In other words, the case was dismissed well before a court heard the case on the merits simply because the shareholder-plaintiff’s complaint did not meet certain threshold requirements.

Another headline-grabbing lawsuit against Facebook come from the public sector, as the Federal Trade Commission (FTC) alleged antitrust violations. The federal agency is not alone – multiple states filed suit against Facebook for the same reason. These complaints are a result of a so-far futile attempt to regulate and curb Silicon Valley’s monopoly on social networking.

The FTC’s original complaint sought a permanent injunction against Facebook to “undo and prevent its anticompetitive conduct and unfair methods of competition in or affecting commerce” in violation of the Federal Trade Commission Act. The suit complains that Facebook unfairly enriched itself by buying up all of its competitors, like Instagram and WhatsApp. The complaint was dismissed by a federal judge due to the FTC’s failure to make a case that Facebook is a monopoly. The FTC has since submitted amended complaints, and the case is still pending.

Facebook was also at the center of the largest-ever privacy lawsuits in American history. This time, the case involved a violation of Illinois’ privacy law that prohibited companies from collecting biometric data without obtaining the subject’s consent. Facebook agreed to settle this class action for $650 million, affecting about 1.6 million Illinoisan claimants.

There are a few different bases for relief being alleged by various groups of shareholder plaintiffs in competing complaints – and through competing firms. The shareholder groups range from a California teacher’s retirement system “CalSTRS” to two Rhode Island pension funds, and many other shareholders in between, according to Reuters.

Both complaints allege generally that despite Facebook’s 2012 FTC agreement, the corporation continued to fail to enact sufficient privacy and data security protocols. Further, they allege that these oversights by Facebook’s management facilitated the Cambridge Analytica scandal, wherein a consulting firm harvested and exploited user data to influence the 2016 presidential election.

However, the complaints employ different theories to reach the same conclusions. The Rhode Island delegation’s complaint includes a claim that Facebook’s management paid the FTC more than necessary (a “record-setting fine” of $5 billion) to settle the Cambridge Analytica investigation (allegedly in an attempt to nip an investigation into Zuckerberg in the bud.) This overpayment, the shareholders allege, was a breach of the board’s fiduciary duties. On the other hand, the California delegation’s complaint focuses on Facebook’s failures with regard to adhering to the 2012 FTC settlement, which required them to take steps to protect personal data. The damages alleged include not only the $5 billion FTC fine, but also the risks associated with lost confidence in the platform, the decrease in market value and shareholder equity, loss of goodwill, costs of internal investigations, and legal fees. According to a CalSTRS press release, the Cambridge Analytica scandal alone caused the largest single-day drop in stock market history – $119 billion.

Why Firms Vie to Represent Shareholders in Derivative Suits

When Does a Corporation Get a Substantial Benefit from Derivative Suits?

Case law varies from state to state, as corporations are generally a matter of state law. However, let’s use the example of Delaware, a notoriously business-friendly state, and where many corporations choose to incorporate and handle their legal matters. Under Delaware law, when a derivative action provides a substantial benefit to a corporation, the plaintiff’s attorney’s fees can be assessed against the corporate coffers. This is up to the court to determine, and the policy stems from the concept that all shareholders should pay for the benefit of the corporation, not just the few who signed on as plaintiffs in an action that benefitted the entire class. In the 1970 Supreme Court case Mills v. Electric Auto-Lite Co., the court held that the petitioners-shareholders were entitled to litigation expenses and attorneys’ fees because they incurred them for the benefit of the corporation and other stockholders.

Courts seem willing to award attorneys’ fees to plaintiffs even when the plaintiffs do not win the case. In some cases, a derivative suit prompts a corporation to change or correct the circumstances that led to the suit, even if they did not lose the court case. Courts can acknowledge this and award attorneys’ fees to the plaintiffs for the trouble of driving this benefit through litigation. In other words, if the corporation is better off after the lawsuit, the corporation should have to pay all the attorneys who made it possible. This can help explain why firms submit competing complaints, hoping to be selected as the shareholder class representative, despite the particularly complex and difficult nature of these types of cases.

Perhaps counter-intuitive, but at the very least, this policy gives shareholders a way to hold the corporation’s management accountable, when at the end of the day, a corporation is simply made up of people striving to earn profits.

See how MasterFile can help your firm.

Why Fact Management is Key

Avoiding Malpractice in the Era of E-Filing
Scroll to top